TIED will re-release with New & Revised content in September 2016 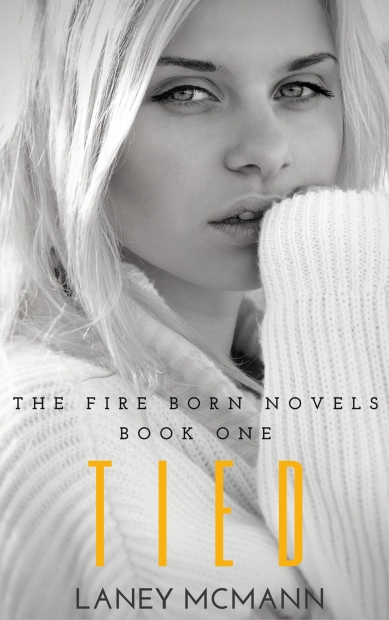 “I was so engrossed in this story that real life went on without me being aware of it.” — Crazy Four Books

“In the midst of games between parallel worlds, past and present, interrupted by visions and ancient prophecies, you are caught up in the story’s threads.” — Mythical Books

“There’s so much amazing creativity that has gone into the Fire Born world; McMann combines and twist legends and the paranormal to come up with the perfect urban fantasy setting. ” — Known to Read

“If an author is able to influence a readers emotions in such a way, they’re doing their job! …… If you’re a YA and fae fan this is a must read. I’ll definitely be waiting for book #2!!” — Terri Rochenski, Author of Eye of the Soul.

“Guy or girl, I would recommend this book to anyone. It’s a fun read that will keep you wondering from the beginning and leave you wanting more by the end.” — Alex Nader

“Laney McMann weaves her characters, their dreams and reality, together with ancient myth to form an exciting tale that leaves the reader aching for more.” — C. Brown (Reader)

Are some truths worth risking your life for?

What if it meant admitting your nightmares were real—and so were your delusions?

Seventeen year-old Layla Labelle’s hallucinations have driven her to the brink—and she isn’t telling anyone. But when her dreams walk into her life in the form of Max MacLarnon, she is forced to rethink everything she thought she knew. Including whether or not Max actually exists.

Learning the truth will mean fighting an arsenal of demons, and being with Max will put her on a path toward her own destruction. When Layla’s world erupts into a dangerous reality, and every fact of her life forsakes her, she must remember who, and what, she is if she’s going to stay alive.

In a world where nightmares walk the earth, an ancient curse lives in an age-old legend the supernatural aren’t prepared to reveal. Layla will have to uncover the secret her ancestors are hiding, and make the biggest decision of her life—embrace who she is and follow the one she loves into a world of deadly myth and legend, or turn her back on her history, her destiny, and her love.

In TIED, Book One of The Fire Born Novels, what Layla and Max don’t know could kill them both. And unless they can find a way to stop the curse—the truth might tear them apart forever.

How far would you go … to protect the one you love?